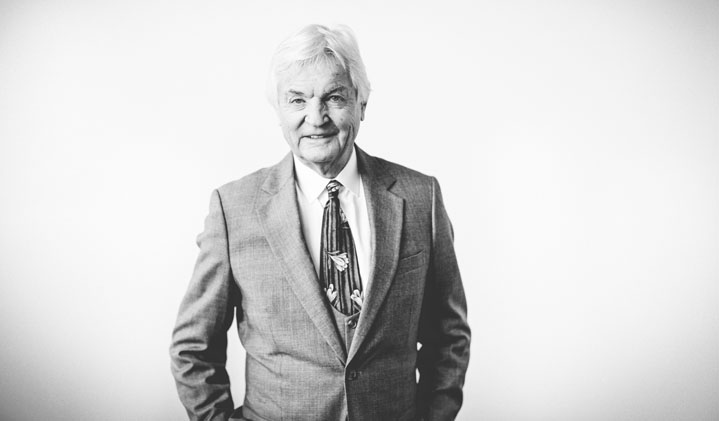 Jim Lindell has specialized in civil litigation during his entire career and is certified as a Civil Trial Specialist by the Minnesota State Bar Association. Mr. Lindell has been voted a Super Lawyer® in the areas of personal injury and workers’ compensation in annual polls of Minnesota lawyers conducted by Minnesota Law & Politics and Mpls/St. Paul magazine. Jim was invited to membership in the American Society of Legal Advocates, and in 2012 was named Attorney of the Year by The Minnesota Lawyer. He practices in both Minnesota and Wisconsin.

Jim is a native of Litchfield, Minnesota. Contributing to his effectiveness in his practice is his broad scope of work experience, including:

Mr. Lindell is highly regarded by both clients and fellow attorneys. He enjoys a busy workers’ compensation and personal injury practice and receives numerous referrals of those cases from attorneys in other specialties. He is active in the Academy of Certified Trial Lawyers of Minnesota and has served as a board member, officer and dean of that organization. Lindell is rated “a.v.” by Martindale Hubble – the highest rating of competence and ethics available. He is also a qualified neutral arbitrator and mediator.

When Jim is not practicing law, he is challenging himself anew. Working on his Wisconsin cabin (which he built from the ground up with his dad), learning to speak Russian, and learning to play the piano are his most recent endeavors.

Besides the firm’s main office in downtown Minneapolis, Jim maintains an office at his lake home in Webb Lake, Wisconsin.

17 year old client underwent open reduction of his fractured ankle with the use of plates and screws by Defendant medical clinic’s orthopedic surgeon. After surgery, the wound became badly infected. Instead of referring our client to an infectious disease specialist or asking a plastic surgeon with infection control expertise, the orthopedic surgeon kept the patient to himself, and tried and failed on two different occasions to surgically remove the infection on the client’s ankle. On both attempts the surgeon sutured the wound tightly closed, encapsulating a still active infection. When it became obvious the wound remained badly infected, our client was referred to a plastic surgeon who performed emergency surgery to save his endangered limb. The new physician cured the infection and performed tissue transfer reconstructive surgery to close our client’s large resulting wound. Represented by Jim Lindell. Following a weeklong trial, the jury in a rural Minnesota county awarded our client $584,000 in damages.

Our client was a passenger in a dump truck which was rear-ended by a semi driver at 70 mph, forcing our client’s vehicle off the freeway and into a ditch where it rolled several times. He suffered a crushed leg which was amputated below the knee as well as a traumatic brain injury. Represented by Jim Lindell. After a very complicated case in Federal court, in which we employed experts in vocational rehabilitation, medicine, neuropsychology, tax law and economics, we settled the case in three stages for proceeds totaling over $2.2 million. Result – $2.2 million settlement.