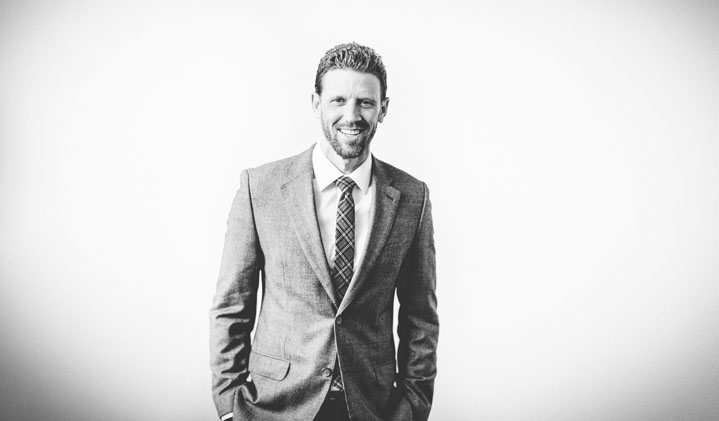 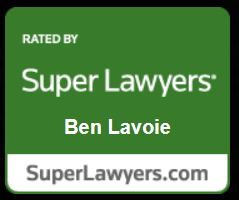 Ben has been an associate with Lindell & Lavoie, LLP, since 2004. Since that time, he has become an integral piece in the firm’s ongoing success. He has developed a varied practice handling large and complex personal injury, medical malpractice, FELA and FRSA railroad claims, Section 1983 Civil Rights claims, and workers’ compensation cases.

He has recovered millions of dollars for his clients over that period and has been significantly involved in notable and important cases. In 2012, Ben partnered with his friend and colleague, Grim Howland, to successful resolve a $4 million dollar medical malpractice claim on behalf of his disabled client. That same year, he partnered on a ground breaking workers’ compensation civil penalties case with Jim Lindell, successfully arguing at the United States Court of Appeals for the 8th Circuit that the district court erred in granting summary judgment to the defendants and that Plaintiff could prove that the defendants intentionally obstructed her workers’ compensation benefits in violation of Minnesota law. See Nunn v. Noodles & Company, and Zurich American Ins. Co., 674 F.3d 910 (8th Cir. 2012). Soon after that decision, Ben and Jim were able to resolve that case for their client, earning her an extraordinary but confidential settlement.

Ben believes that many of the skills he acquired during his years of bartending and teaching English abroad prior to law school have helped immensely in his law practice. He prides himself on making people feel comfortable when explaining to him their problems and concerns, just like he did from behind the bar. Ben is also excellent at distilling complicated legal issues into language and examples that clients and jurors easily understand.  Ben’s patience and plain-spoken manner assures clients that they have the information they need to make the best decisions for themselves, and they have a friend and fine attorney on their side until the end.

Ben has been consistently recognized by his colleagues for his work, successes and devotion to his clients, earning the distinction as one of Minnesota’s Rising Stars, by Minnesota Law & Politics magazine numerous times.

When a 49 year old woman went to her doctor for treatment of a cough and cold she never imagined that her life would change forever because of the doctor’s negligence. Many years before, the plaintiff had suffered a gunshot wound to the head which left her without a portion of her skull near her left ear. The defendant physician was well informed of the plaintiff’s prior injury and vulnerability. Unfortunately, in treating the plaintiff’s cold and cough, the defendant physician ordered an ear lavage which introduced water and contaminates through the defect in her skull and into her brain. She was found hours later suffering a seizure and was ultimately diagnosed with meningitis, hydrocephalitis, and a cerebral spinal fluid leak. Despite emergency brain surgery, she spent the next year and a half in a coma. While she has made a miraculous recovery, she remains profoundly disabled and requires daily care and assistance with all of her personal needs. Grim Howland and Ben Lavoie started a lawsuit on the plaintiff’s behalf and shortly thereafter the defendant’s insurer offered its $4,000,000 policy limit. Represented by Ben Lavoie and Grim Howland. Result – $4,000,000 settlement.

Personal Injury - Bicyclist hit by car, sent to collections for car damage, gets the final say on fault.

Bicyclist accident – Client was riding his bicycle home on a summer day down the Greenway Path when he was hit by a car while crossing a divided four-lane roadway. He suffered serious injuries and scars from the incident. The police report placed blame for the incident on our client despite the fact he was waved across the roadway by stopped traffic. His initial lawyer declined pursuing the case, and he gave up until he was sent to collections by the insurer of the vehicle that hit him in an attempt to recover the cost of the damage to the vehicle. Angry, our client contacted Ben Lavoie, who took the case, re-investigated the accident and demonstrated to the insurer the accident was the fault of the car’s driver. Represented by Ben Lavoie. Result – $100,000 settlement.

Client was running a few errands for her kids just before Christmas and stopped at a local strip mall to pick up a few things. It had not snowed in days and the parking lot was mostly dry. As she stepped up on the sidewalk under the awning, she slipped on some black ice that had accumulated on the sidewalk near a support pillar. Our client badly injured her shoulder in the fall. A lawsuit was started and the discovery process revealed that the property owner forbid the property manager from salting and sanding without prior permission. Also the property owner likely knew about a problem with the awning that caused water to build up on sidewalk and form ice. Represented by Ben Lavoie. Result – $105,000 after Mediation.