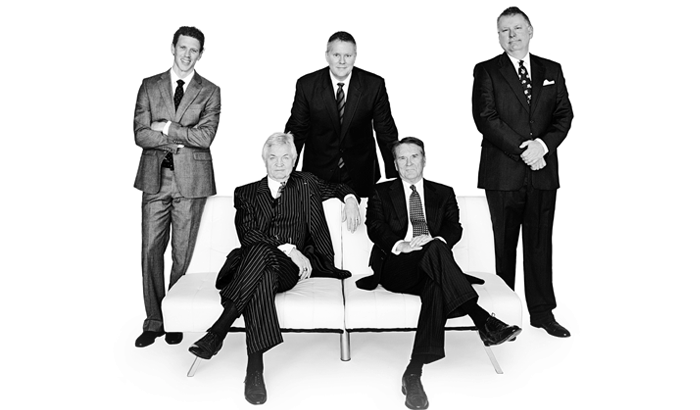 If your injury was caused by the negligence of another, you have the right to pursue compensation for your losses.READ MORE »

If you have been injured on the job, it may seem like you everyone’s against you. Rest assured, we are on your side.

Motor Scooter Crash – Vespa rider who was knocked off scooter by van changing lanes proves she suffered a brain injury that changed her life.

At the time of the crash, Plaintiff was a 48 year old woman who was the Director of the MRI unit at major Twin Cities hospital. She was on her way home from work when Defendant, driving along side of her, changed lanes suddenly in an attempt to secure a parking spot and sent Plaintiff crashing into the curb and a parking meter. Plaintiff flew over the parking meter and landing on the cement sidewalk. Plaintiff suffered injuries to her head, shoulder, and foot, along with numerous contusions and abrasions. An MRI performed shortly after the crash revealed that Plaintiff suffered a small bleed in her brain. Later neuropsychological testing resulted in the diagnosis of a mild complex traumatic brain injury. The residual effects of the brain injury caused Plaintiff to be first demoted from her job as the MRI Director to MRI Technician, and then ultimately be dismissed all together. Plaintiff also eventually underwent arthroscopic surgery to her shoulder and was diagnosed with a non-surgical lisfranc injury to her foot.

Initially, Defendant and her insurer American Family Insurance denied responsibility for the crash claiming that Plaintiff was driving in the parking lane and actually was the one that struck Defendant. However, the crash was witnessed by a St. Paul Police Officer whose police report and later deposition testimony contradicted this account. Nevertheless, American Family’s offer at the pre-trial mediation was $7,500, an offer apparently based in part on Plaintiff’s life long history of chronic depression, anxiety, and her active treatment for these and other psychological conditions at the time of the crash.

A second mediation was conducted approximately a month prior to the initial trial date. At the mediation, Plaintiff’s demand had increased in light of Plaintiff’s recent job loss, but American Family’s highest offer only reached $225,000, less than her total medical expenses and one year of her prior salary. Trial commenced on June 2, 2014, lasted a week and a half, and the jury awarded the Plaintiff $1,121,000 dollars. American Family ultimately settled the matter after trial, paying the Plaintiff $1,350,000 to avoid the taxation of additional costs and interest. Result – $1,350,000.

Client was victim of head-on crash, recovered over half-million dollars.

Client was hit by truck that lost control and went over centerline in Dakota County. She suffered severe orthopedic injuries to her legs and pelvis, requiring multiple surgeries and installation of instrumentation. Represented by Jim Lavoie. Result – $625,000 settlement.

Client, an Army recruiter, was rear ended in Morrison County and suffered a neck injury not requiring surgery, but causing him chronic pain and disabling him from further physical training tests, which halted his military career advancement and reduced his retirement income. Represented by Jim Lavoie. Result – Arbitration award of $82,000, plus underinsured motorist settlement of $40,000.

3 year old visited her uncle’s home in Minneapolis and as soon as she entered was bitten on her face by the uncle’s pit bull, causing a large crescent shaped scar on her face from the corner of her lip to her eye. After plastic surgery and as she grew older the scar improved nicely. Represented by Jim Lavoie. Result – Arbitration award of $145,000.

An 8 year old girl was playing with a neighbor dog when it suddenly attacked her without warning, biting her on the face. Grim represented her in her claim against the dog’s owner for the physical and emotional injuries that she suffered. Although her scars healed well, she continued to be frightened by dogs and suffer from nightmares following the attack. Grim recovered $95,000 for his young client and assisted her family in setting up a structured settlement which will continue to earn interest for her settlement proceeds until she is an adult. Represented by Grim Howland. Result – $95,000 settlement.

Teenage girl was passenger in car with 6 others in rural Morrison County. Driver lost control and rolled vehicle killing her and 5 others. Driver had an illegal alcohol level and had been supplied beer she consumed before crash by brother who purchased it from bar after hours in violation of law governing off-sale of liquor. Represented by Jim Lavoie. Result – $210,000 settlement.

Client injured his low back while working as a unionized laborer. After conservative treatment failed, he elected for a back surgery that was designed to help him get back to work with his employer. Tragically, the surgeon operated on wrong disc level causing the necessity of a later, much more invasive surgery that destroyed client’s ability to return to his job. He was represented on his workers’ compensation claim by Ben Lavoie and by both Jim and Ben Lavoie on the medical malpractice claim. Result – $660,000 total recovery from both claims.

Doctor’s negligent administration of a routine procedure results in catastrophic injury to a 49 year old woman.

When a 49 year old woman went to her doctor for treatment of a cough and cold she never imagined that her life would change forever because of the doctor’s negligence. Many years before, the plaintiff had suffered a gunshot wound to the head which left her without a portion of her skull near her left ear. The defendant physician was well informed of the plaintiff’s prior injury and vulnerability. Unfortunately, in treating the plaintiff’s cold and cough, the defendant physician ordered an ear lavage which introduced water and contaminates through the defect in her skull and into her brain. She was found hours later suffering a seizure and was ultimately diagnosed with meningitis, hydrocephalus, and a cerebral spinal fluid leak. Despite emergency brain surgery, she spent the next year and a half in a coma. While she has made a miraculous recovery, she remains profoundly disabled and requires daily care and assistance with all of her personal needs. Grim Howland and Ben Lavoie started a lawsuit on the plaintiff’s behalf and shortly thereafter the defendant’s insurer offered its $4,000,000 policy limit. Represented by Ben Lavoie and Grim Howland. Result – $4,000,000 settlement.

Our client was a passenger in a dump truck which was rear-ended by a semi driver at 70 mph, forcing our client’s vehicle off the freeway and into a ditch where it rolled several times. He suffered a crushed leg which was amputated below the knee as well as a traumatic brain injury. Represented by Jim Lindell. After a very complicated case in Federal court, in which we employed experts in vocational rehabilitation, medicine, neuropsychology, tax law and economics, we settled the case in three stages for proceeds totaling over $2.2 million.

Our client was a well-performing salesman for an electronic communications company when his vehicle was sideswiped by a negligent semi driver. The collision spun our client’s vehicle through the median of the freeway and up onto the lanes of oncoming traffic. A second collision with a semi driver was narrowly avoided. Our client was virtually uninjured from a physical standpoint but was left with extreme emotional distress due to the near-death experience. He never returned to work and was awarded Social Security disability benefits. Represented by Jim Lindell. The case settled in mediation for $500,000.

Bicyclist accident – Client was riding his bicycle northbound on Central avenue in Minneapolis when he was struck by a car that made a left turn off Central and struck client broadside. Client suffered a severe shoulder injury that required surgery and interfered with this career as a mechanic. Represented by Ben Lavoie for both personal injury and underinsured motorist claims. Result – $268,000 settlement.

Minor bicyclist accident – Client, a 14 year-old girl, was struck on her bicycle in a crosswalk by an inattentive motorist making a right turn. Client suffered a broken leg that required surgery and the permanent placement of a titanium rod in her upper leg. Represented by Ben Lavoie. Settled for $125,000 with the proceeds placed in a high interest annuity for minor client.

Client was repairing a skid steer with an automatic implement connection in Scott County when the hydraulic connector failed, dropping the bucket on client’s foot, and traumatically amputating over half of it. The client developed a nerve condition that created chronic, intractable pain, resulting in three surgeries that culminated in a below the knee amputation and the internal installation of a nerve stimulating device to control his pain. Jim Lindell and I brought the case in federal court and obtained a settlement. Represented by Jim Lavoie. Result – $1,015,000 settlement.

Elderly client tripped upon entering a Walgreens store in Hennepin County, fracturing her wrist and requiring surgical repair. When store would not release security camera film of area case was put into suit in federal court. The pictures revealed a fiberglass magazine binder had been left on the floor in front of the cashier for over a half hour and when client entered it caught her foot causing her to fall. Represented by Jim Lavoie. Result – $75,000 settlement.

Client fell from ladder while painting employer’s shed. Employer promised to take care of client, but stopped paying for medical bills and wages after injuries proved to be disabling. Employer never opened a workers’ compensation claim, but Employee represented by Ben Lavoie commenced claim over a year later and established liability. Settled for $245,000 plus Medical Benefits left open.

Sleeping passenger killed when friend lost control and rolled car in freeway median in Washington County. Decedent was the employed father of two and separated from his wife. Represented by Jim Lavoie. Result – $1,200,000 settlement.

Young man with three children on way to work on a rural Mille Lacs County road hit by commercial vehicle that failed to stop at stop sign. Represented by Jim Lavoie. Result – $800,000 settlement.